Arizona’s Willow Tank has been one of the better bird watching sites in the Portal/Rodeo area outside of Cave Creek Canyon. Rick Taylor, author of A Birder’s Guide to Southeast Arizona, calls Willow Tank “arguably the most important pond [for bird watching] on the eastern flank of the Chiricahuas.” FOCCC has partnered with the Chiricahua Regional Council to raise funds to upgrade the water system and to rejuvenate the Willow Tank. This wildlife resource has been an exceptionally valuable source of water for birds and other wildlife for decades. It has been a consistent destination for birders visiting the Portal/Rodeo area, Cave Creek Canyon, and both the Chiricahua and Peloncillo Mountains. Some of the rarities seen over the years here over include Tri-colored Heron, Trumpeter Swan, Green Kingfisher, Brown Pelican, Scissor-tailed Flycatcher, and Field Sparrow.

The 1-acre Willow Tank pond is on private property, but the Rivers family has allowed access for birders and others over the last 30+ years. After a combination of drought years and high pumping costs made it unfeasible for the Rivers family to continue growing irrigated crops, the US Fish and Wildlife Service installed solar panels and a solar water pump to keep water flowing into the tank. These certainly helped, but could not keep up with this area’s high evaporation and percolation rates.

Since 2008, grants by individuals and a major foundation, plus donations from Portal/Rodeo residents and birders all over the country, have kept water in Willow Tank most of the time.  In addition, Larry Rivers has pumped water whenever needed.  Due to mechanical failures and cost of pumping water, in 2014-15 the pond was often dry.  Recently, FOCCC and a group of interested parties organized a rejuvenation effort that includes secure fencing and entry to keep cattle out, installing more solar panels and a larger pump, reconfiguring the pond with an island in the middle, stairs, multiple blinds and a new walkway. Work began on many of these projects in 2016 and is ongoing on many fronts.  The most recent progress is listed first:

To protect native threatened Chiricahua Leopard Frogs (Lithobates chiricahuensis), FOCCC, in collaboration with the Arizona Game and Fish Department and the Southwestern Research Station (SWRS), drained Willow Tank in May 2018 in a San Simon valley-wide attempt to eliminate invasive and non-native bullfrogs. The Chiricahua Leopard Frog reintroduction effort, which began in 2010 with support from the U.S. Fish and Wildlife Service and local coordination from SWRS staff, was in danger of failing (at least in the San Simon Valley portion of the frog’s range) unless Willow Tank, the largest breeding site of bullfrogs in the valley, was drained and left dry for at least four months. Once the bullfrogs are eliminated, native leopard frogs are likely to colonize the tank and bullfrogs are less likely to spread into the ponds in Cave Creek Canyon where the Chiricahua Leopard Frogs have been introduced.

At the same time FOCCC planned on reconfiguring the island in the middle of the tank to make it less accessible to predators while eliminating some of the cattails. While cattails provide bird habitat, too many will ultimately crowd out other plants and grasses and make bird observation more difficult.

As of November 2018, rainwater is now in the northwest corner and outside the tank on the north and east sides. Shorebirds and waterfowl have frequented all three of these areas, particularly early in the morning and recently Chestnut-collared Longspurs have been coming into these areas to drink at unpredictable times. We will update the website and ebird when the tank is refilled.

A drip irrigation system was installed to water the shrubs and grasses.

On Earth Day 2017 (April 22), FOCCC held an opening at Willow Tank to show off the new kiosk and explanatory panels and to thank First Solar for their generous donation of solar panels and financial support to help with site revegetation. Visitors were given tours of the solar panels and bird guides set up spotting scopes so guests could observe waterfowl and birds.

Late in 2016 volunteers planted native grasses on the outside east slope in an effort to stabilize the hillside and to prevent further erosion. About 60 giant sacaton (Sporobolus wrightii) and plains bristlegrass (Setaria macrostachya) plugs were planted and watered until established.

Check out our Facebook page for the latest information and photos about Cave Creek Canyon.

Attend one of our upcoming events!

Read our current newsletter, or browse our archive of past newsletters. 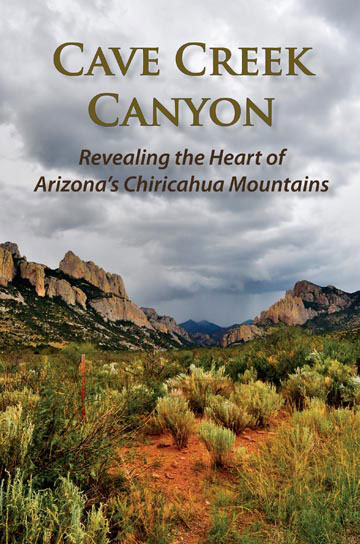